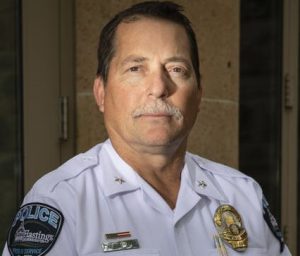 Schafer completed his Associates Degree in 1984 and his Bachelor’s Degree at Metropolitan State University in 2005, graduating with honors. His senior thesis, “Police and their Perceived Image: How Community Influence Officers’ Job Satisfaction” was published in the Police Practice and Research: An International Journal (PPR), February 1, 2009.

He was quoted in a U.S. Department of Justice COPS Office publication called, “Innovations: A Review of Minneapolis’s Youth Violence Prevention Initiative” in March 2010, and featured in the documentary, “Urban Warfare: The Peaceful Warriors,” accepted at the New York Film Festival in June 2010.

Schafer is 2008 graduate of the Police Executive Research Forum’s Senior Management Institute for Police (SMIP) and a 2005 graduate of Northwestern University Center for Public Safety’s, School of Police Staff and Command (NUCPS).

In 2006 Schafer was assigned as the Commander of the newly centralized Juvenile Unit where the emphasis is on juvenile violent crime. Inspector Schafer has been instrumental in collaborating with community/criminal justice partners to influence juvenile justice reform in Hennepin County resulting in significant decreases in juvenile violent crime and was so recognized by County Attorney Freeman when presented with the 2007 Leadership Award.

These successes were further recognized by his peers when Schafer received the Gary P. Hayes Memorial Award while attending the Police Executive Research Forum’s Annual Meeting in Washington D.C. on March 26, 2009. The Gary P. Hayes Memorial Award honors the memory of PERF’s first executive director, who helped lead a major wave of improvements in American policing. Schafer also received the IACP/Motorola Webber Seavey Award on October 7, 2009 for promoting a standard of excellence that exemplifies law enforcement’s contribution and dedication to the quality of life in local communities.

In September 2010, Schafer presented this template to attendees of the International Problem- Oriented Policing and Crime Analysis Training Conference in Arlington, TX.

As an Instructor, he has trained over 1,000 law enforcement officers from 150 departments in 10 states. Schafer was one of eight national instructors selected to instruct the first International Alcohol/Drug Impaired Driving School for the Royal Canadian Mounted Police in Vancouver, B.C., Canada, in 1995. Some other contributions include DRE Research at John Hopkins University, DRE curriculum review/updates for International Association of Chiefs of Police (IACP), DRE/ SFST training recommendations to the Minnesota Legislature, and numerous prosecutor and judicial training seminars throughout Wisconsin and Minnesota.

In 2000 he received the National IACP/CANDID Award for Outstanding Education in Impaired Driving at the national Conference in Providence, Rhode Island. 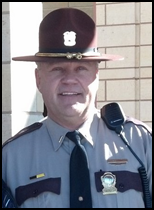 Douglas Thooft is a Lieutenant with the Minnesota State Patrol Commercial Vehicle Section, in charge of the southeast region of the state. He has been assigned the task of leading the Fatigue Drivers Program in Minnesota. His responsibilities include developing, training, instructing and supervising hands on issues related to fatigue drivers. He is a nationally recognized expert in the field of recognizing and dealing with drug and alcohol impaired people. He was the State Coordinator for the Drug Evaluation and Classification Program. His duties included organizing training for the Drug Recognition Expert (DRE) program for all DRE’s in the State of Minnesota. Lt. Thooft coordinated all aspects of the DRE program as well as the Standardized Field Sobriety Testing (SFST) and Advanced SFST classes. Doug has represented the National Highway Traffic Safety administration (NHTSA) and the International Association of Chiefs of Police (IACP) at training sessions throughout North America. Lt. Thooft was a member of the Minnesota Legislative DWI Task Force, Minnesota Marijuana Task Force, and a member of the International Association of Chiefs of Police Technical Advisory Committee. Lt. Thooft was also the Chair for the International Chiefs of Police Drug Recognition Expert Section.

Lt. Thooft has instructed at the State Patrol Training Center as well as many other police agencies. He is an IACP Certified instructor in Standardized Field Sobriety Testing, Advanced Standardized Field Sobriety Testing and Drug Recognition Expert Training and is an instructor in Drug Interdiction. Lt. Thooft actively instructs city, county, state and federal law enforcement officers as well as attorneys, judges, businesses, schools and the general public throughout the country